English Editorial:A Greek parchment manuscript from the 12th-13th century, probably written in Palermo. One of the most valuable codices in the Biblioteca Nacional for the richness of its illumination, it recounts the main events of the Byzantine Empire, from the year 811 (the proclamation of Michael I Rangabe) until the government of Michael VI (1056-1057). Almost all of the scenes are accompanied by a legend that explains their significance. It has 577 miniatures by different artists. The miniatures illustrate the passages of the text, with varied scenes: Fortresses, acts of war and courtesan life, not forgetting others that are delicate and religious, such as baptisms, ordainments of patriarchs, etc. Several artists took part in the decoration: The decoration by the first artist is sober, with an architectural background, in light tones, above which the spot colours of the clothing and the realism of the figures and attitudes stand out. The drawings of the second artist are coarse, in darker colours, with characteristics of grotesque naturalism and some large sized miniatures; compact groups dominate the scenes, which lack perspective. Those by the third artist have a free style, with daring and vivacious attitudes, simple clothing and great popular realism. 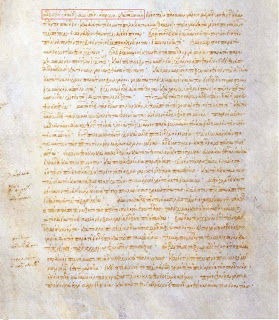 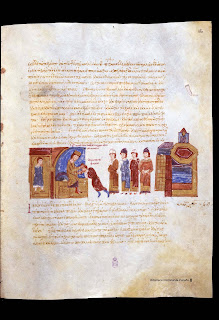 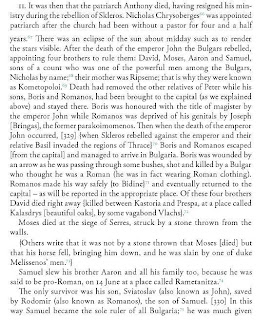 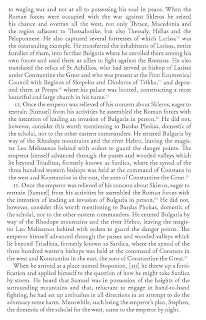